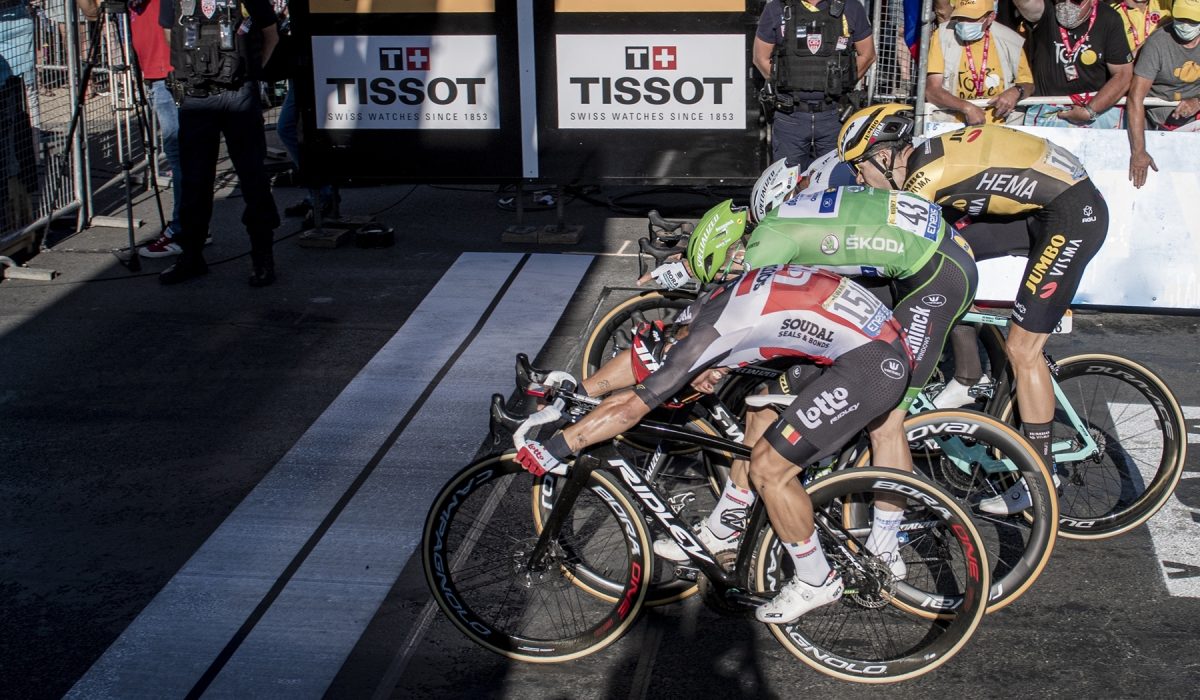 The Noah has gone #FromMcEwenToEwan

03/08/2021, 06:16 PM
From Robbie McEwen to Caleb Ewan. Our Noah has already come a long way. It was launched for the first time at the Tour de France 2006, resulting in a Green Jersey in Paris. Much has changed, but some things have not. The Noah has evolved to become the Noah Fast, but it is still the favourite bike of Australia's best sprinter. Today, 15 years have passed since our first sponsorship in the UCI Pro Tour, at that time with the Lotto team. The sponsorship is still ongoing and was only interrupted for three years. In 2009-2010 Ridley was the bicycle supplier for Katusha, and in 2011 it supplied Vacansoleil. No other brand outside of the big three (Specialized, Trek and Giant) has been continuously present in the current World Tour since it was founded in 2005. Discover the #FromMcEwenToEwan story.

Stiffest bike of the peloton in 2006. Transformed every watt Robbie produced into forward motion. Already accommodated the ISP (Integrated Seat Post). Ridden by Robbie McEwen.
Second stage of the Noah in its very first Tour, and immediately a big hit. A day earlier it just missed the win, but on 3 July, Robbie McEwen won in Esch-sur-Alzette. What a wonderful debut for our aero bike.
After Robbie McEwen took the first stage win in stage 2, victories followed in stages 4 and 6. He couldn't take a 4th stage win on the Champs Elysées, but the green jersey was his. Our first special team bike was an immediate reality.
Aerodynamic optimisations were key, hence the droplet-shaped tubing all over the frame. F-Surface and the F-Split Fork were introduced. All of this without any compromises on stiffness. Ridden by Robbie McEwen.
Sergei Ivanov takes the win in the Amstel Gold Race with the Noah ISP. The Keutenberg provided the first shift, but the next few kilometres defined the result. Gesink, Kroon and Ivanov jumped away and Sergei finished relentlessly on the Cauberg!
First step towards component integration for aero reasons with the integration of the FAST (Future Aero Speed Technology) concept. Pay attention to the integrated F-Brakes on the fork and rear stays.
In 2013 and 2014, André Greipel takes part in 20 stage races. In 14 of them, the German takes at least one stage victory each time. His favourite bike: the Noah Fast IBS!
Increasing focus on reducing weight and providing comfort to make the bike more accessible to everyday riders. The droplet-shaped tubes were blunt-cut as a result of wind tunnel testing. Further integrations were also made around the fork crown.
André Greipel was the first to use the new Noah SL. It was, of course, developed together with the German. He did not miss his Tour debut at all. The second stage was an immediate win. Greipel beat Sagan after the fan drive to Neeltje Jans.
Andre Greipel took the green jersey after his stage victory and then competed with Sagan for a long time to take that green jersey back home. The Gorilla would never come that close to the green again.
Developed again from scratch, placing the bike on a whole new level in terms of optimisations in geometry (fit) and frame-fork integrations. By saving even more weight and improving riding comfort, the trend towards accessibility has been extended. Ridden by Caleb Ewan.
Caleb Ewan ends his year in style with a victory in Brussels. The place where McEwen cheered five times and Greipel twice on a Ridley. Caleb took two stages in the Giro and three in the Tour. His first year on the Noah immediately became his best season ever.

Since the brand’s inception in 1997, Ridley has invested heavily in Research & Development. This has enabled us to be at the forefront of various innovations such as aerodynamic bikes, the tapered head tube, the use of carbon in bikes, and the emerging European gravel market. Throughout the years, we have also remained true to our technological philosophy: Form Follows Function. Every part of the frame must have an added value. Some aesthetic elements, of course, are permitted – as long as they don’t compromise the bike’s optimal function. 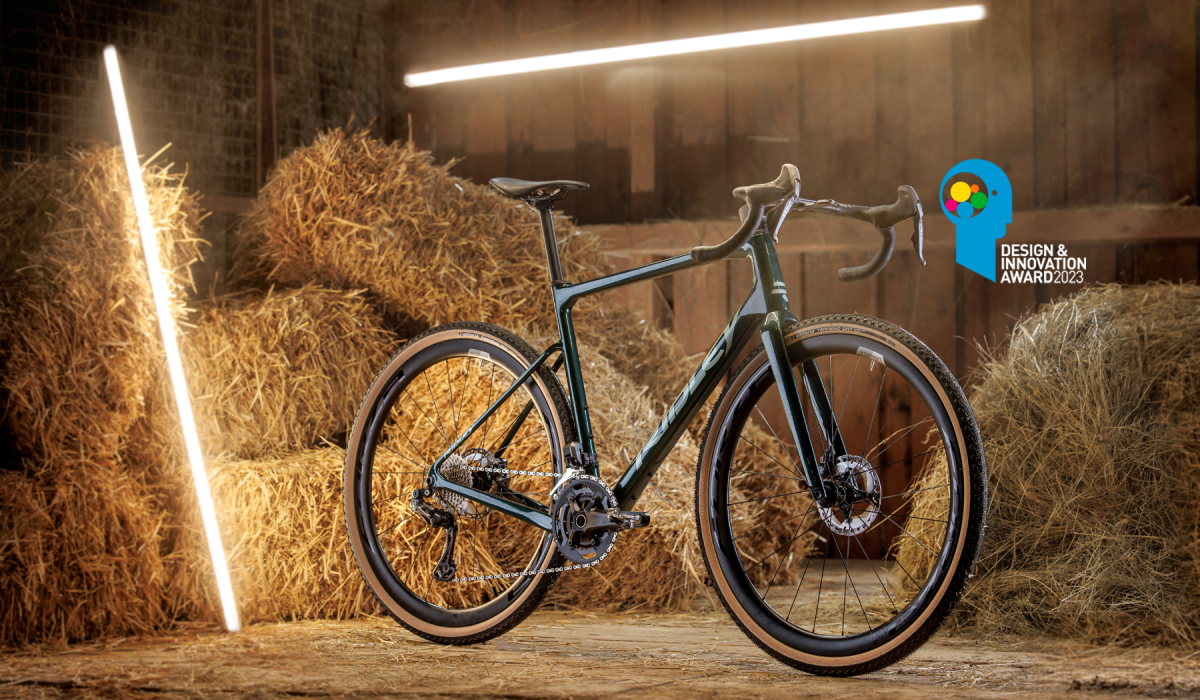 Design & Innovation Award for our Grifn

We're thrilled to announce that our Grifn allroad bike has been awarded with the Design & Innovation Award.

From January 1, 2023 Ridley will be the official supplier of bicycles for KMC MTB Racing Team. For many years Ridley has been known and succesful in road racing and cyclocross. Now we will aim their arrows at the mountain bike sport as well. 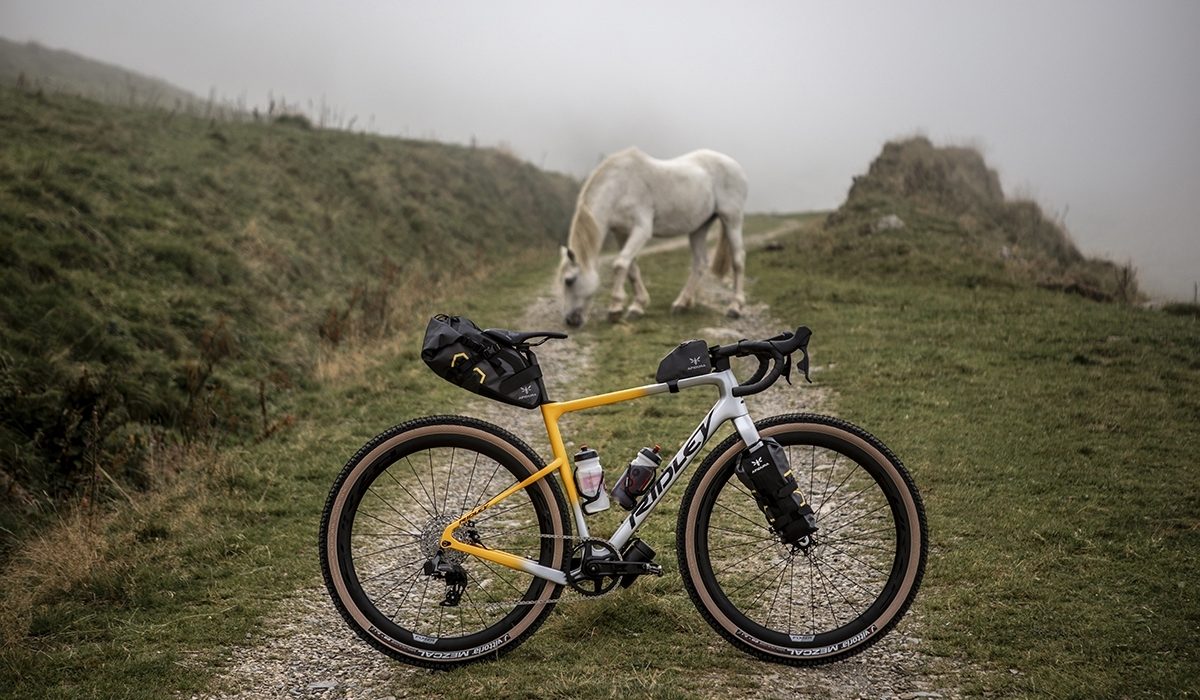 We’re very pleased to share with you that the Ridley Kanzo Adventure has been voted best gravel bike of 2022 by Bikerumor editor’s choice.