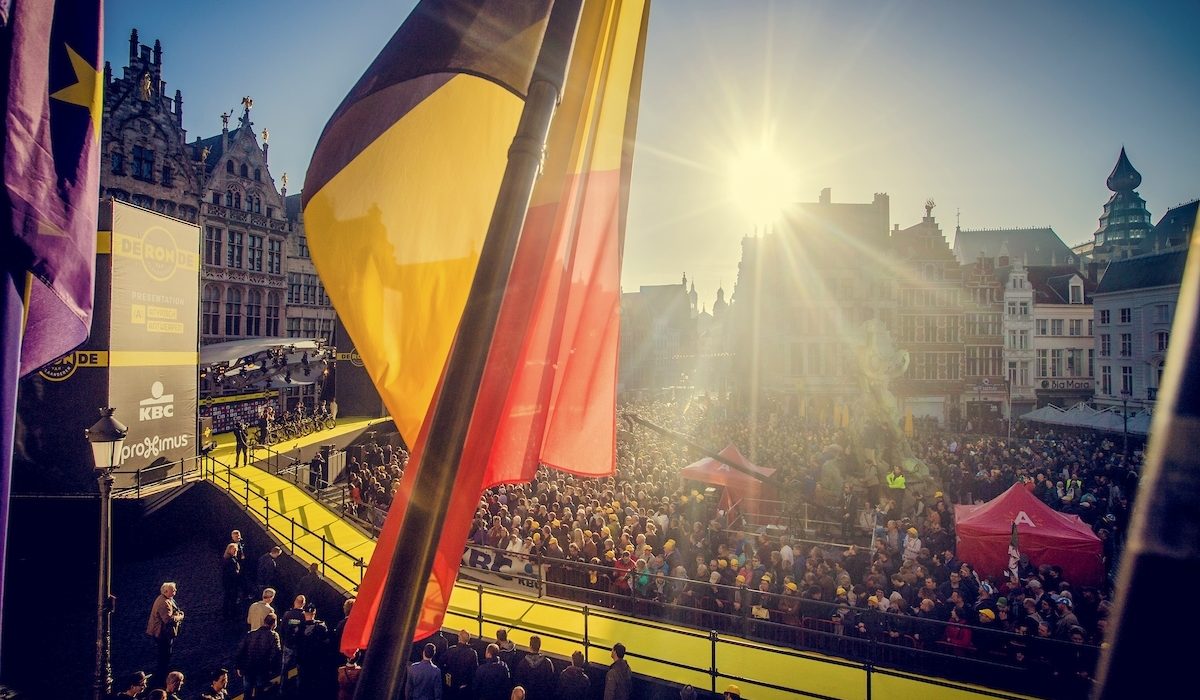 Belgian to the core

03/22/2021, 02:58 PM
Belgium. Bike racing plays such a key role in Belgium’s heritage and culture. Just walk down any street in Belgium on a Sunday afternoon, peek into a random window and you’ll most likely see a bike race on the TV. Belgium is also host to many of the world’s most famous bike races such as Tour of Flanders and Liege-Bastogne-Liege. Every cycling enthusiast knows about the Tour of Flanders, with its cobblestones and steep, short climbs. A race with 25,000 turns and a whopping hundred times more spectators. Where you can hear the familiar "Rodaniaaaaaa" tune from miles away loudly emanating from a speeding car leading the race. It’s not only Belgium’s bike races, though, that have an enormous impact on the world-wide bike racing industry but also this country’s rich bike-racing culture and flair. Who hasn’t heard the French or English race announcers repeatedly try (and fail) to pronounce “Omloop.” Or the English incorporate such bits as “cobbles & bergs” into their repertoire. As for bike racers around the world, many of them inevitably catch the Belgium bike racing bug. They find themselves dreaming of “mud, sausages and beer” (found at every cyclocross race) and of one day participating in a “kermesse” race or competing in cyclocross during the “kerstperiode.” The strong affection for Belgium’s cycling heritage and culture strongly permeates the bike clothing industry as well. Many brands outside of Belgium regularly incorporate the Belgian tricolor or Belgium’s national tricolor jersey pattern into some of their items. Some brands even go so far as to use it for their company logo. Of course, though, none can match the beauty – and significance, of course - of the real Belgian national jersey, and the stripes adorned on it. In short, Belgium is a country where football may be king, but cycling is emperor! It’s a land where its citizens cannot even imagine four months without bike racing as proven with their collective worship of cyclocross each winter. Belgium. All our Ridley employees were raised in this small country. We are a family that’s extremely passionate about bike racing, straight up to our CEO who grew up in the bike racing world. As a teenager, he participated in youth races while dreaming of becoming the next Criquielion, Planckaert or Vanderaerden. While he did not become great on the bike, he certainly became great with the bike! Since 2002, Ridley has been sponsoring Belgian teams – both in cyclocross and on the road. Since this pivotal year, almost every top cyclocrosser has raced on a Ridley. This national sport of cyclocross, in fact, gave us far more knowledge about aggressive handling & acceleration than any other cycling discipline. Over the years, Ridley has grown - along with its sponsored Lotto Soudal pro cycling team. Top riders such as Robbie McEwen, Joaquim Rodriguez, Cadel Evans, André Greipel, Tim Wellens and Caleb Ewan have strongly challenged us to constantly evolve and innovate. Yet we have always remained loyal to our little country of Belgium. The development of a new bike is still done at our headquarters in Flanders. The most beautiful bikes are still painted and assembled every day in the same Limburg factory. We also send our pros and testers every month over Belgium’s worst cobblestones and steepest climbs. Small country roads, braking, accelerating, dodging potholes and full acceleration on that unexpected, perfect bit of asphalt. Rain, wind, cold and sometimes a bit of sun. There is no better testing environment than the roads of Belgium. Our Belgium.

HOW WE MADE THE KANZO FAST EVEN FASTER

Self-supported bikepacking races require a lot of kit and carrying capacity and practicality have historically trumped weight and aerodynamics concerns. 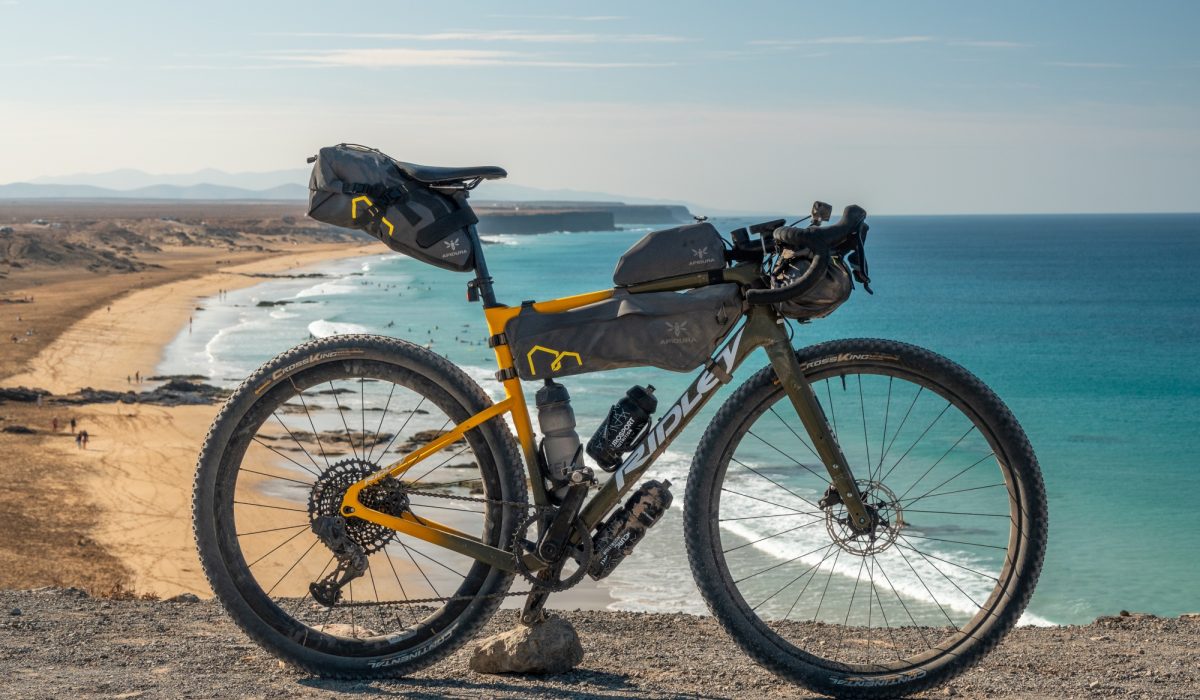 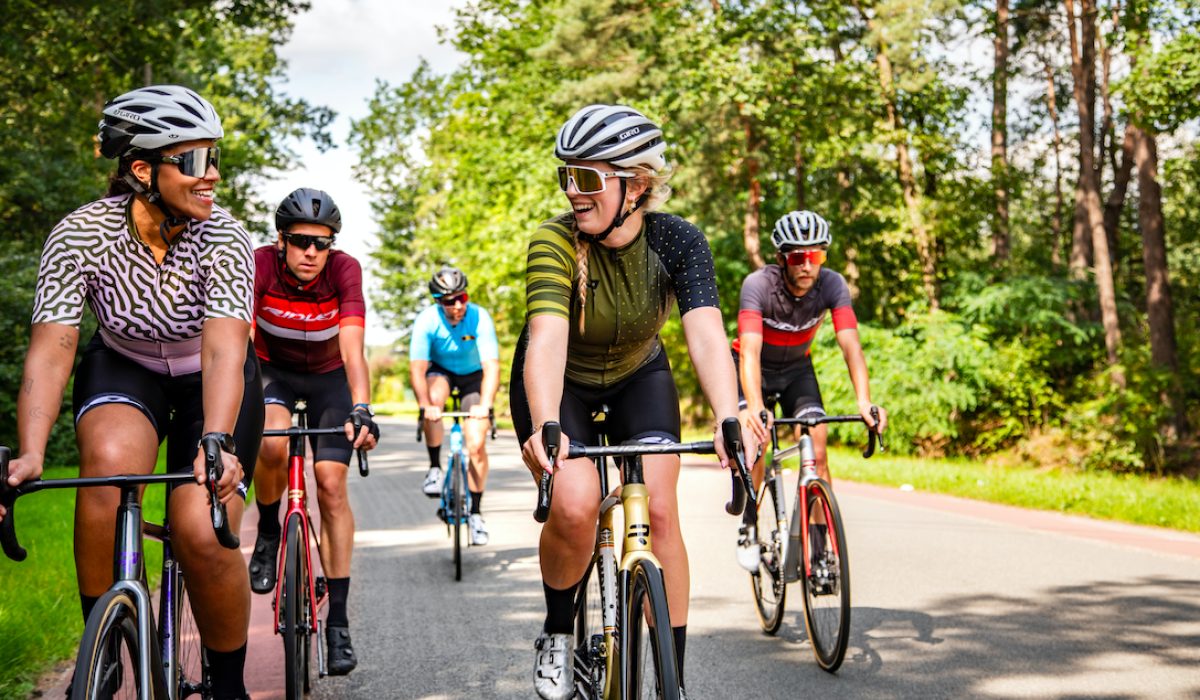